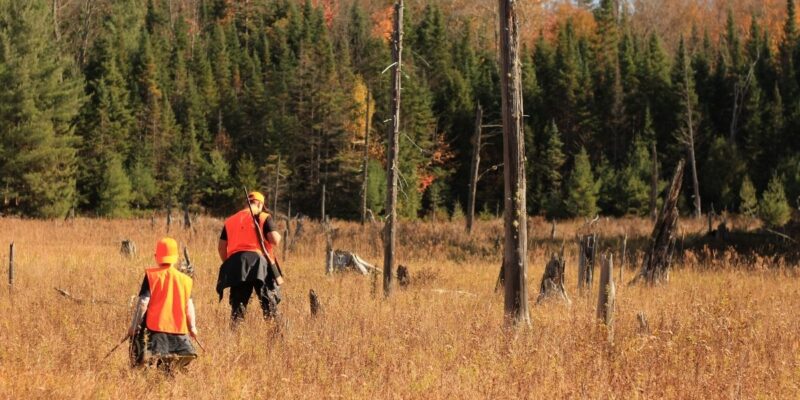 There have been many reports published over recent years which quantify the contributions that the Australian shooting industry makes to Australia’s economic, environmental and social landscape.

In 2018, the Commonwealth Government investigated the economic footprint of Australia’s shooting and hunting industry and estimated that the contribution to GDP was $2.8 Billion annually, and with that came almost 20,000 jobs.

In 2020, the NSW DPI released its performance and data insights showing that recreational hunting was NSW’s 5th largest primary industry and responsible for a $1.46 Billion contribution to the State’s economy.

Despite the demonstrated value and undeniable potential of the Australian shooting industry, most governments are indifferent when it comes to unlocking the enormous bottom line economic benefits which are clearly there for the taking.

Other countries choose a different approach, and by acknowledging these activities as legitimate pursuits and recognising the cultural heritage of hunting, they move to promote, support and develop these industries so they can capitalise on the economic, environmental and social benefits.

On September 24th, the President of the United States issued a proclamation celebrating the “time-honored” tradition of hunting (and fishing), and in doing so acknowledged the conservation, social and economic benefits these “long-cherished” activities play in American society.

President Biden proclaimed September 25, 2021 as National Hunting and Fishing Day, calling upon all Americans to observe this day with appropriate programs and activities.

He further remarked that during COVID, hunting has been especially critical in providing a recreational reprieve for many Americans from the stressors of these difficult times.

He also underscored that ensuring that public lands are available to every American for activities like hunting is central to his Administration’s conservation initiatives.

In discussing the economic footprint that hunting and fishing has on the American economy, the President quoted some staggering figures.

Given the numbers touted by President Biden, it really does beg the question – why aren’t Australia’s political leaders promoting, supporting, and developing these primary industries locally?

Australia could have some of the world’s best hunting and outdoor opportunities if governments chose to embrace these activities, rather than hinder these pursuits often under the pretext of unfounded “public safety” concerns.

Australia has enormous areas of public land, most of which is locked up and not available for public use. Governments won’t allow licensed and law-abiding hunters access, even in the most remote of locations to assist in conservation efforts.

New South Wales and Victoria have demonstrated the value of a well-regulated hunting sector, which could easily be implemented by all other jurisdictions. By opening areas of underutilised public land for hunting it is possible to create positive physical and mental health outcomes, improve regional economies and avoid many of the expenses currently incurred by government agencies attempting to manage over abundant wildlife populations.

Australia also has a strong indigenous hunting culture. In a world where people seek out authentic cultural experiences and look to embrace indigenous customs, there is a real opportunity to promote our indigenous heritage to the rest of the world, and with it boost the prospects of these communities via tourist activities that focus on experiencing Australia’s indigenous culture.

Despite all these opportunities that prove year-on-year that we already have a sustainable, safe and growing industry, Australian governments continue to largely ignore the potential our industry has for enhancing our country’s cultural, social and economic landscape.

If Australian governments are serious about growing and developing sovereign Australian industry in an effort to boost the economy post COVID, then the Australian shooting industry is the perfect example of an industry in waiting, who with not much effort and a slight attitude change, could provide enormous benefit to Australia.