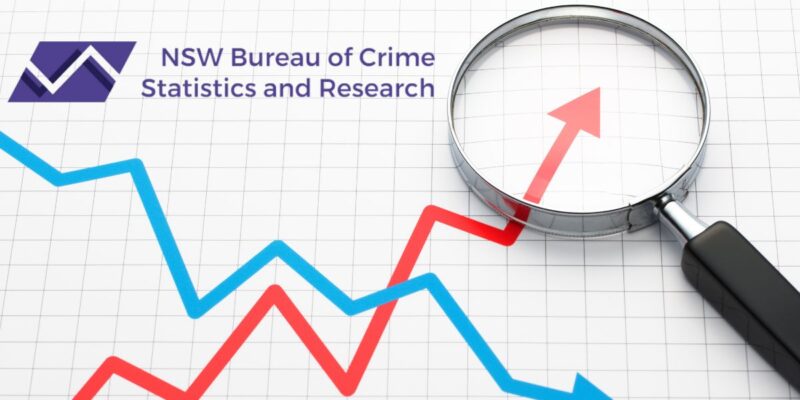 The data for this report is collated and recorded on the NSW Police Force’s Computerised Operational Policing System (COPS) on thirteen major offence categories and sixty-two specific offence type categories of crimes that have been reported to, or detected by, the police. Amongst these crimes are those that involve the use of firearms.

Counter to sensationalist media reports on the most recent high profile violent offences, the recorded crime statistics show no increase in violent offences involving firearms (or knives) in the year to March 2022.

This data conclusively confirms that the number of murders, attempted murders, assaults, and robberies involving the use of firearms (or knives) were lower during this period than almost any previous year over the past two decades. Against a backdrop of all recorded robberies decreasing by 13.59% for the 12 months up to March 2022, firearms were used in only 5.34% of all robberies. This is a further 3.19% reduction on the previous year.

In addition to the concerns highlighted in our news item on the NSW Firearms Registry review, the Shooting Industry Foundation of Australia (SIFA) calls on BOCSAR to differentiate between the use of lawfully held firearms V’s unlawfully held firearms in future reports, and for the ongoing assessment of aggregated firearms data to better inform policy and improve existing firearms regulation by adopting policies based on evidence rather than ideology.

What does this data mean for firearm regulation for law abiding firearm license holders in NSW? It is clear from this set of current data that continual calls for tougher regulation of firearms in Australia is unnecessary, and the focus of law enforcement must shift to the criminal misuse of firearms.

The diversion of responsibility and accountability, and lack of transparency from our regulators already affects the shooting industry’s ability to function within the constraints of poorly crafted and ill-informed regulatory frameworks.

SIFA will continue to hold governments and State and Territory regulatory bodies accountable while keeping public safety at the forefront. The rights of legitimate industry, businesses and firearm license holders should not be adversely affected especially when the data proves downward trends.