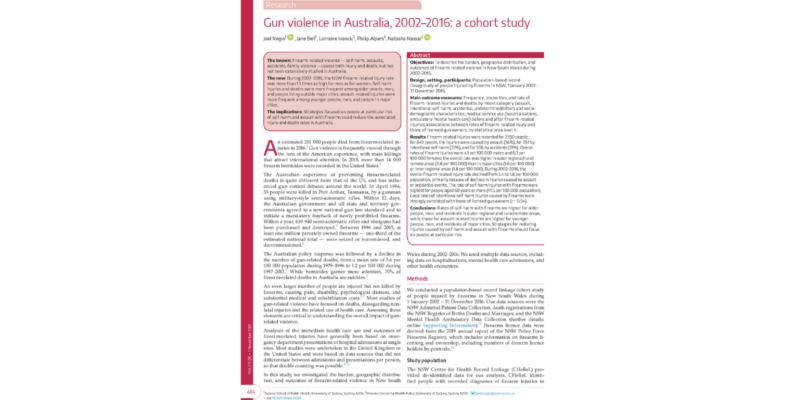 Objectives: To describe the burden, geographic distribution, and outcomes of firearm‐related violence in New South Wales during 2002–2016.

Conclusions: Rates of self‐harm with firearms are higher for older people, men, and residents in outer regional and rural/remote areas, while those for assault‐related injuries are higher for younger people, men, and residents of major cities. Strategies for reducing injuries caused by self‐harm and assault with firearms should focus on people at particular risk.

Read SIFA’s analysis of the biases contained in this study here. 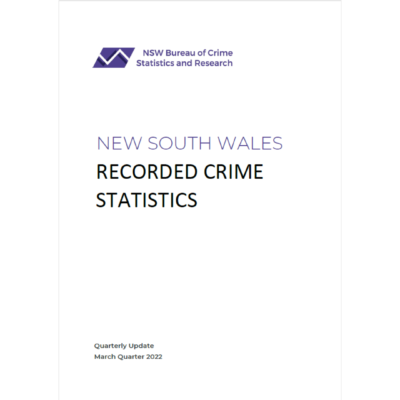 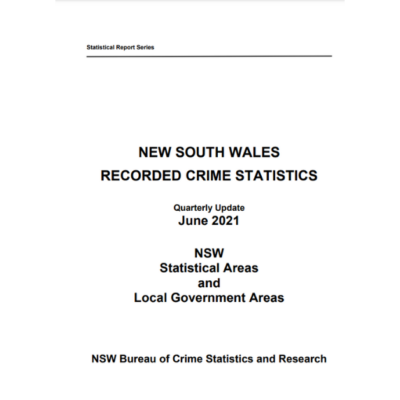