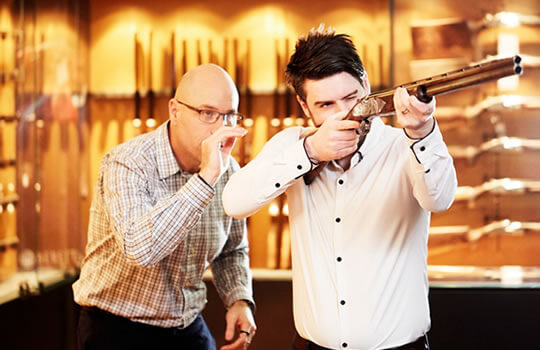 The Shooting Industry Foundation of Australia has called for gun leadership from every candidate in Australia’s upcoming federal election.

As the peak body representing the interests of Australian business in civil, law enforcement and defence markets, SIFA handles thousands of firearms transactions on behalf of Australian governments every day.

Executive Officer Rod Drew says the time has come for every candidate to show commitment to Australian community safety and get illegal guns out of their electorates.

“Australian voters care about safety, but the reality is that we have many thousands of illegal guns in the hands of criminals all over the country. Australians deserve Members of Parliament and Senators who have a genuine, informed plan to get illegal guns out of our communities,” he says.

Australian firearms management systems are also plagued by the inattention of elected representatives; importation, registration, licensing, permitting and transfers of firearms are still paper based. There is no digital 21st century IT system that gives law enforcement real time access to firearms data.

“This is completely unacceptable. A National Firearms Management Interface was promised in 1996 and again in 2017 by the National Firearms Agreement. How this appalling breach of community trust has been left unchecked for two decades is a question every politician must ask of themselves,” Mr Drew says.

“For decades, at the behest of a rowdy fringe, Australian safety has been held hostage by politicking when what is desperately required is genuine leadership that draws on the skills, knowledge and expertise of the people entrusted to equip our nation’s soldiers, sailors, aviators and police,” Mr Drew says.

SIFA also calls for the reformation of the Commonwealth’s Firearms Industry Reference Group – a committee that acted as a forum for Senators and MPs to improve their knowledge of Australian firearms management and therefore to make more informed decisions around Australian community safety.

“For twenty years, the Firearms Industry Reference Group was supported by Commonwealth Labor and Liberal governments. This bipartisan support meant that Australian firearms management conversations were above party politics. SIFA has long called for the FIRG to be reformed,” Mr Drew says.

A 21st century digital solution to enable the real-time tracking of Australian firearms from importation through to end user, giving law enforcement real-time access to firearms data across all jurisdictions.

A forum for Members and Senators to meet and interact with experts on Australian firearms mechanics and management systems.

Disinformation a threat to Democracy