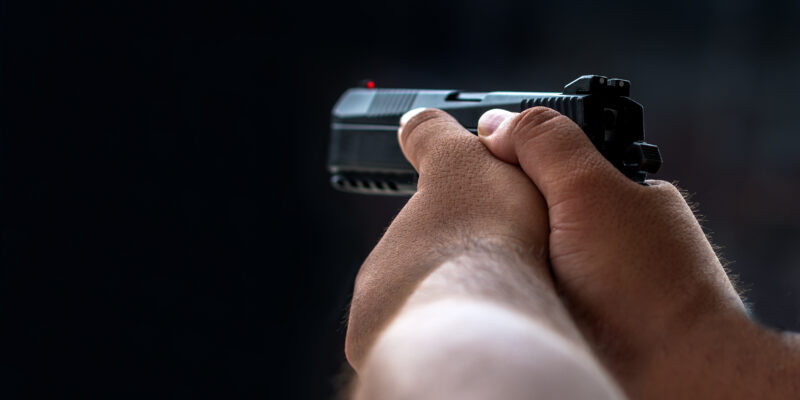 The Medical Journal of Australia has published a study which was co-authored by renown anti-gun academic Philip Alpers entitled “Gun violence in Australia, 2002–2016: a cohort study”.

The study examines NSW medical records over a 14-year period (2002 – 2016) and identified 2390 people recorded as having firearm injuries.

To the uninformed and unbiased reader, a study published in such an authoritative journal, with its detailed explanations as to methodology, data sources, statistical analysis techniques and ethics approvals, would not raise any suspicions as to its accuracy and integrity.

But does it pass scrutiny? We think not. It serves as yet another example of the bias experienced by the Australian shooting industry.

For perspective, the number of firearm related injuries in the study calculates out at roughly 126 injuries per year. In the latest year for which NSW data are available (2017-18), that is statistically insignificant.

Despite the intention of the article, NSW health data clearly show that firearm injuries are insignificant.
Source: http://www.healthstats.nsw.gov.au/Indicator/inj_hos_cat/inj_hos_cat

Anyone with even a casual awareness of these things knows that gangs live in cities and that ageing farmers struggling with drought and financial stress do not. We have no reason to doubt the data, but the analysis adds little value.

Where this gets interesting though is when we critically evaluate some of the commentary around the data.

“The Australian experience of preventing firearm‐related deaths is quite different from that of the US, and has influenced gun control debates around the world”.

This is a true statement. Australia is often cited as a reference site when the regulation of firearms is discussed by other countries. Also true is that Australia and the US are quite different culturally, and that the academic jury has been unable to conclusively prove that the NFA has made a material difference in Australia.

But here is where the intellectual dishonesty begins.

The article makes the statement that “domestic and family violence is a major health and welfare problem in Australia, and the risk of domestic partner violence escalating to homicide is 11 times as high in households with access to firearms”.

The elephant in the room here is that firearm regulations in Australia preclude anyone with a history of violence from legally obtaining a firearm. The US based data cited is simply irrelevant to the discussion. As the convenor of gunpolicy.org at Sydney University, Alpers in particular was obligated to call this out. But he didn’t. Nor did he disclose his long history as a gun control advocate.

So, on the one hand the “the Australian experience of preventing firearm‐related deaths is quite different from that of the US”  but when the US data suits us, we will use it? Is that ethical? Is it even honest? Having planted the seed in the readers mind, the article then goes on to say that “our study provides no insights into domestic and family violence”. So why bring it up at all?

A more honest review of that raw data would exclude the 41.8% of cases where the type of firearm was not recorded and considered the remaining 1391 known cases. It would then have concluded that the 29% of injuries known to have been inflicted using handguns were highly likely to be criminally motivated, and unlikely to be influenced by any targeted health policies. But that then leaves them with only 985 or 41% of the already statistically invalid number of total cases in the study.

This is one point which we agree with the article on. As SIFA has highlighted previously in our position statement on this topic, firearm policy in Australia must be based upon (and validated by) facts and data. Real facts, and objective evaluation