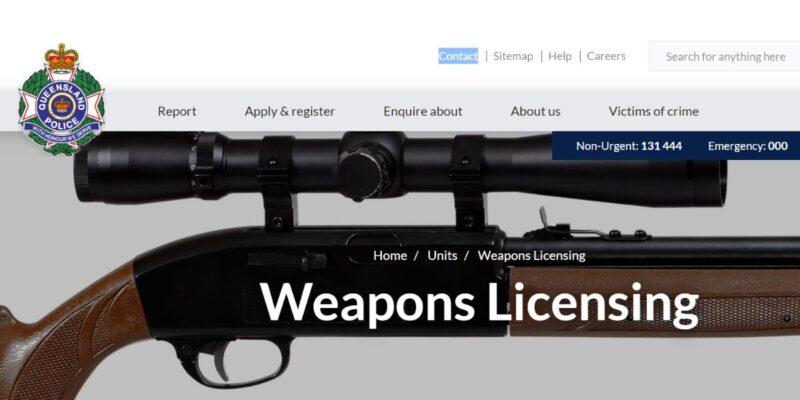 The Shooting Industry Foundation of Australia (SIFA) has raised the alarm over poor policy and administration by Queensland Police that is now having a significant negative effect on legitimate Queensland businesses.

Delays in the processing of routine permits by Queensland Police have become so significant that business owners in Queensland are now reporting substantial economic loss with concerns they may have to lay off staff.

James Walsh, SIFA executive officer recently toured parts of Queensland where he had the opportunity to speak with many licensed firearms business owners. “One dealer we met with had close to $1,000,000 worth of sold stock being warehoused whilst their customers were waiting on permit approvals from Queensland Police to complete the transactions. Of these, many had been outstanding for over 6 months”.

At a time when Australian businesses are looking to recover from the COVID-19 pandemic and the associated economic downturn, industry regulators and government departments across Australia are proactively engaging with Australian industries, looking at ways to assist business growth and aid recovery.

Yet unfortunately it appears that the Australian shooting industry is not afforded any such engagement from its regulator in Queensland, leaving firearms businesses stuck and having to battle with excessive delays, poor performance standards, and no customer service. “This is totally unacceptable treatment of a highly compliant industry by its regulator”, Walsh said.

Queensland Police are not engaging with industry, nor have they made moves to correct the problems after several industry stakeholders and representative bodies have raised the issue.

“Our industry has had enough of poor regulator performance, and it is about time they are held to account for their policy and service delivery failings”, Walsh said.

SIFA is calling on the Queensland Police Minister Mark Ryan, to admit this is a real and immediate problem and rectify the damage he is doing to a legitimate Queensland industry.

“The Police Minister must immediately engage with industry and set in place a plan to fix these issues before this costs Queensland families their businesses and jobs”, Walsh said.

SIFA is putting all of Australia’s firearm regulators on notice that poor customer service standards and the constant inequitable treatment of law-abiding businesses and people is totally unacceptable and will no longer be tolerated.

“In any other industry, this anti-business agenda from a regulator would see the wider community seething, yet the problems we face are often ignored leaving us no choice than to go to the media.

It’s time that Queensland Police are reminded they have a job to do, and it is imperative that they do it fairly and efficiently”, Walsh said.