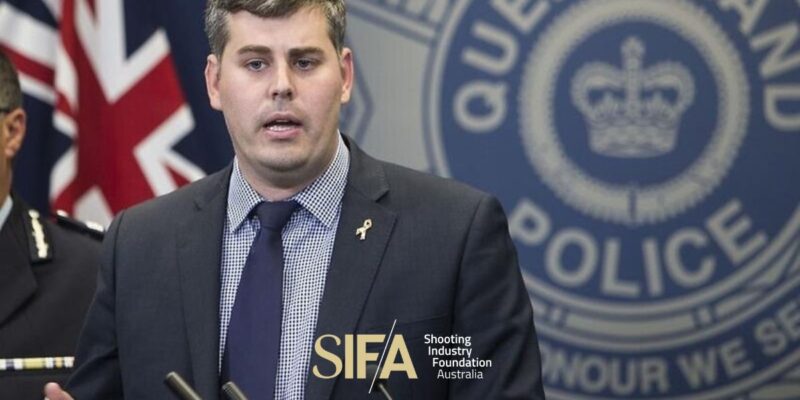 The Shooting Industry Foundation of Australia (SIFA) is sounding the alarm over the complete failing of administrative processes and policy at Queensland’s weapons licensing branch, that has now led to significant public safety risks and enormous negative financial consequences on small businesses right across Queensland.

To purchase a firearm, appropriately licensed people are required to undergo probity checks and have a permit approved by Queensland’s Weapons Licensing Branch. However, delays in the processing of these routine permits have become so backlogged that firearms dealers are now unable to operate their businesses, leading to a significant financial impact being felt across the entire industry that has left some businesses unable to pay their staff and rent.

James Walsh SIFA’s Executive Officer said “every day we get phone calls from licensed firearms dealers across Queensland who are now desperate and worried they are going to go broke. This morning I had a dealer from North Queensland tell me he has never seen delays this bad and if it continues for another month, he will have no option other than to close his shop”.

Further increasing SIFA’s concern is that Queensland’s firearms dealers have told SIFA that the failure to issue permits has caused them to hold excess stock, filling their secure storage facilities to maximum capacity, meaning they can no longer facilitate the National Firearms Amnesty by accepting surrendered unregistered and illicit firearms.

“As dealers don’t have room left to securely store firearms, they have no choice but to turn away those looking to surrender firearms as part of the National Amnesty. This is terrible result for Queensland’s public safety that will see unregistered firearms remain in the community”, Mr Walsh said.

Firearms dealers have been attempting to detail their concerns to Police Minister Mark Ryan for some time now as SIFA has seen numerous letters sent to him from firearms dealers expressing their worry at the impact this will have on Queensland’s public safety.

“It’s a disaster for business and for the community. One dealer we inspected personally has well over $1,000,000 worth of firearms in storage awaiting permits so the sales can be completed. Regulated businesses deserve better treatment from their regulator” Mr Walsh said.

These issues couldn’t have come at a worse time for Queensland businesses who are doing their best to overcome the economic losses and negative financial impacts caused by 2 years of a Global pandemic.

“As Queensland Police Minister Mark Ryan failed to address these issues when they were first raised, he is solely to blame for the situation we are in now. Mark Ryan has not only turned his back on an essential Australian industry, but also farmers, those in biosecurity, as well as the hundreds of mum and dad businesses and the staff they employ” Mr Walsh said.

SIFA has attempted to address these issues directly with Police Minister Mark Ryan and his staff however our concerns have been ignored. “Given the complete disregard for the concerns we have raised, SIFA now calls on Queensland’s Premier Annastacia Palaszczuk, to address and fix these issues as a matter or urgency, before her Minister causes more damage to our industry” Mr Walsh said.

Button battery update – The onus is on YOU to ensure compliance!