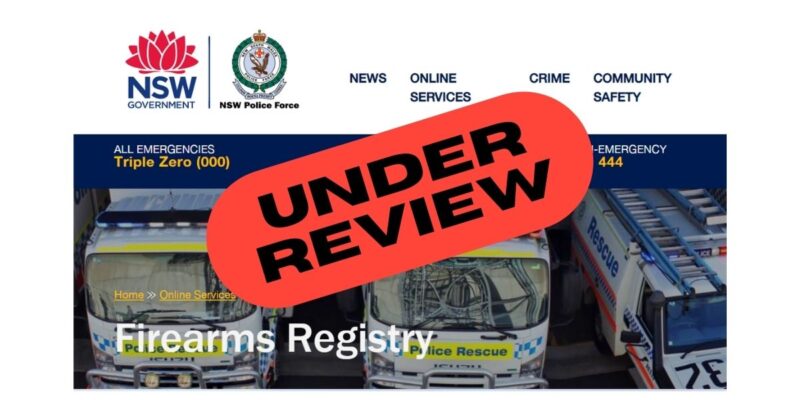 The Shooting Industry Foundation of Australia (SIFA) welcomes the recent announcement of an independent review into the NSW Firearms Registry.

We would also like to acknowledge and thank the NSW Shooters, Fishers and Farmers Party for their efforts in securing this very important initiative.

Over the last few years, the industry and a range of other stakeholders have expressed growing concerns with the performance and processes of the NSW Firearms Registry.

SIFA shared those concerns, which led us to make countless representations to a succession of Police Commissioners and Police Ministers on behalf of the Australian shooting industry.

Criticisms of the NSW Firearms Registry that have been represented, and which desperately need to be considered by the review, include:

As an industry that relies upon efficient and effective regulation in order to trade, SIFA would argue that the NSW registry is failing when measured against the key regulatory metrics of Transparency, Accountability, and Impact.

The NSW Firearms Registry needs to put public safety first, second and third by focusing on the criminal misuse of firearms rather than the administration of the law abiding.

As a regulator, the registry must also consider the impacts of its decision making and constant policy changes upon a legitimate industry which enjoys a very strong compliance record and is willfully compliant.

SIFA has developed a position statement “Firearms Regulation and Regulator Performance”, that details what we expect from those who regulate our industry. The key messaging of our position has been developed using a best practice approach and is essential to allowing our industry to play its legitimate (and legislated) role in civil society.

Throughout the review, SIFA will make ourselves available to represent the issues experienced and ongoing concerns of all stakeholders in the Australian shooting industry.