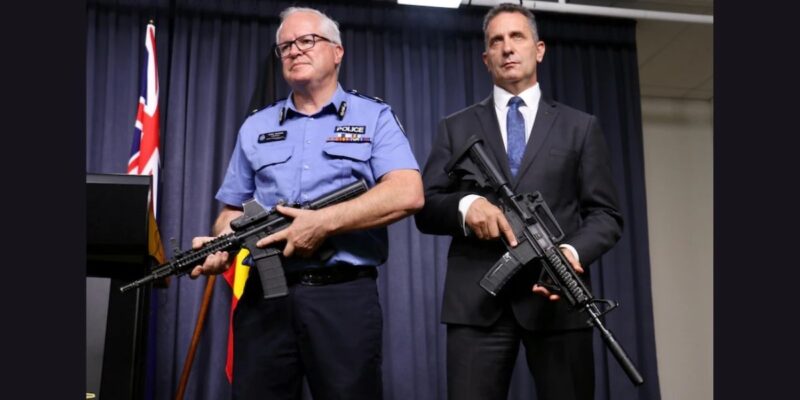 In May 2021, SIFA became aware that Western Australia was planning to overhaul their firearms regulations in the wake of escalating gun violence from outlaw motorcycle gangs.

Following this discovery, SIFA met with the WA Police Minister the Hon. Paul Papalia, who confirmed the reform agenda and highlighted the raft of changes that were planned.

Despite SIFA pushing for consultation during the drafting of the legislative amendments, we were advised by the Minister that no consultation would be entered into.

In the final WA Parliamentary sitting of 2021, the Firearms Amendment Bill 2021 was introduced into the WA parliament. This bill proposes numerous changes to WA’s Firearms Act, many of which will have serious consequences for WA’s licensed firearms dealers and shooters.

The full extent of the impact of this bill is being worked through and assessed, however it is already clear that the ramifications should not be underestimated. Some of the major issues we have identified are as follows:

Given that the WA Government has refused to follow normal consultative processes, it appears that no consideration at all has been given to lawful  activities. SIFA will be tackling this head-on in an attempt to get a better deal for the entire Australian shooting industry.

SIFA has formed a unified taskforce and given the current travel restrictions, we have engaged a team of professionals on the ground in WA who will work directly with SIFA management in an attempt to limit the unintended consequences this disastrous bill will have on the Australian shooting industry.

What can you do?

SIFA is requesting that WA’s licensed businesses and shooters familiarise themselves with the proposed amendments, and write to their local members of parliament advising the impacts these changes will have on their lawful involvement with firearms.

If you are a licensed firearms business or dealer and wish to be part of our taskforce fighting this draconian legislation, email us at info@sifa.net.au with the subject line “WA taskforce”. By signing up you will receive regular updates on our progress, and further information on how you can assist the process.