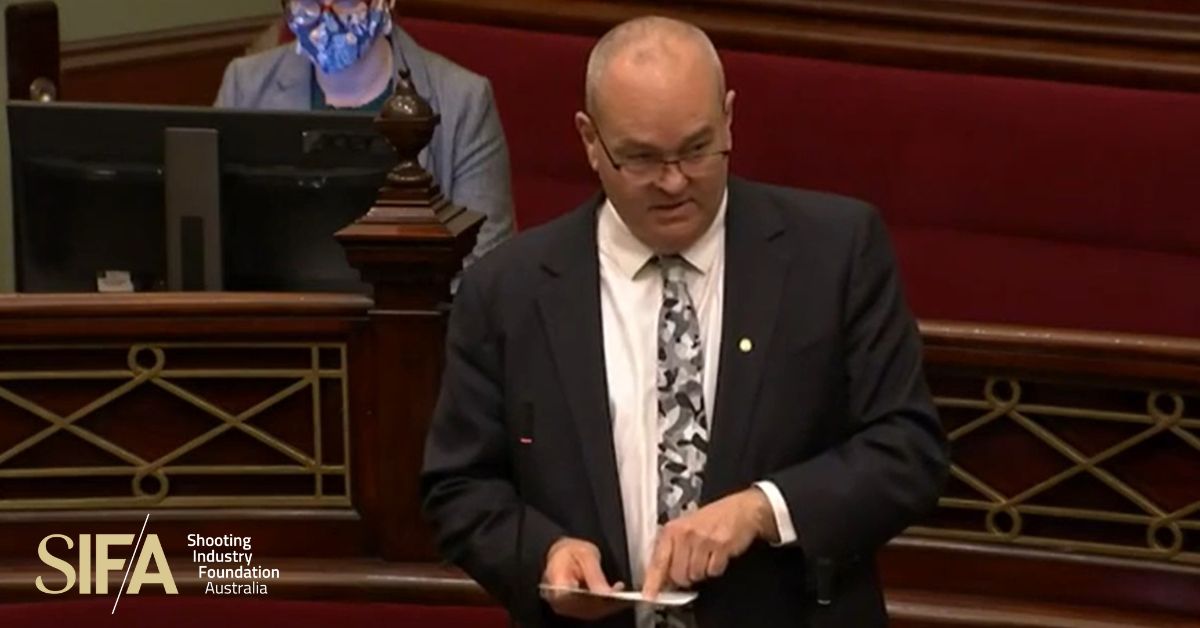 Jeff Bourman’s recent Victorian Firearms Amendment Bill 2022 sought to improve the Firearms Act 1996 by removing the unnecessary and subjective assessment of a firearms aesthetics for the purposes of categorisation.

SIFA would like to acknowledge and thank Mr Bourman for his efforts to seek much needed legislative reform on this issue, one that we fully supported as it was consistent with our long-standing position on Appearance Based Firearm Controls.

During the legislative process, SIFA wrote to all Victorian Upper house MP’s and sought to secure support from the government and opposition members, who we hoped would see common sense and support the removal of the unnecessary and subjective assessment of a firearms appearance when categorising firearms from the Victorian Firearms Act.

Despite our efforts, and those of other shooting groups who also lobbied in support of this Bill, it was unfortunately defeated in its second reading.

In speaking in support of his Bill, Mr Bourman highlighted the issues with subjective appearance-based firearms laws. He stated, “It is opinion-based policy, not evidence-based policy. It is certainly an evidence-free zone, because—whether it is a committee, whether it is the Chief Commissioner of Police or their delegate—it is up to the opinion of someone.” “Basically, these laws are ineffective at being effective gun laws. They do nothing at all to help public safety.”

Despite the emphasis of the Bill being to take an evidenced based approach to policy, it quickly became obvious that those who opposed the Bill did so based on political motivations, and “evidence” was not going to influence the outcome.

Both the government and opposition criticised the wording of the Bill as reasons they could not support it, but neither sought to seek an amendment in order to offer their support.

Further, in a debate that was supposed to be centred around firearm appearance, the opposing debate was focused so much on firearm FUNCTION, that the word FUNCTION was mentioned 29 times.

Other incorrect assertions made included that the Australian Border Force are responsible for classifying firearms in Australia, and a ludicrous suggestion that removal of appearance-based controls would move Victoria away from the National Firearms Agreement, even though they have already regulated outside this agreement.

Unfortunately, in this instance, the diversion of the agenda and a lack understanding surrounding this Bill has stifled sensible policy from prevailing.

SIFA will be seeking a forum with both the government and opposition to address their unfounded statements and question the quality of policy advice they are receiving.

We will also be following up a statement made by the government that in our opinion leaves the door open to discuss appearance-based controls further. We will be looking to secure a commitment from both the government and opposition to address this issue again, but this time based on the facts!