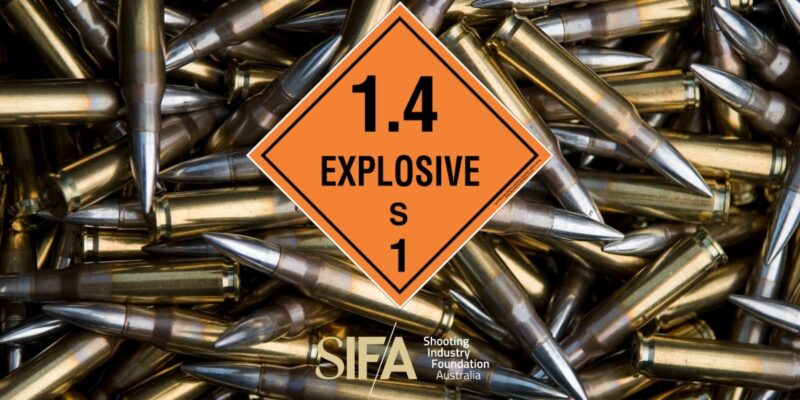 This barrier was unique to NSW and was so significant that many freight providers were unable to comply with the law, severely limiting these essential business services to our industry.

SIFA initially contacted then Minister for SafeWork NSW Kevin Anderson, advising that change was urgently needed so that our industry could continue to function.

In May this year, SIFA reported that we were successful in obtaining a temporary regulatory exemption to this section of the regulations and that we had received a further commitment from the minister to examine regulatory reform to fix this issue once and for all.

This change is critical to our industry, as it will increase the number of commercial freight options that are available for the industry to use. This will have a positive effect on the industry as more competition for freight services should reduce the overall costs involved, and increase the industry’s ability to supply class 1.4s explosives to firearms businesses around NSW.

Throughout the 12-month lobbying process, things were made extremely difficult as the portfolio responsible for the regulation went through 3 different ministers and a raft of parliamentary staff who all needed to be engaged and briefed.

What made our job easier was being able to reach out to the Shooters, Fishers and Farmers Party who assisted us in communicating with the government and ensured that the commitment SIFA received from Minister Anderson to change the regulations was upheld.

SIFA would also like to recognise the efforts of Minister Anderson and his team who originally agreed to progress this issue and the SafeWork NSW team, particularly the explosives and dangerous goods inspectorate who were always at hand and assisted us in properly identifying the remedy to this situation.

SIFA will now be reaching out to further freight providers who were unable to comply with the NSW regulations in an effort to secure more commercial freight options for our entire Australian shooting industry.

Button battery update – The onus is on YOU to ensure compliance!

When appearance was everything, why was it about function?