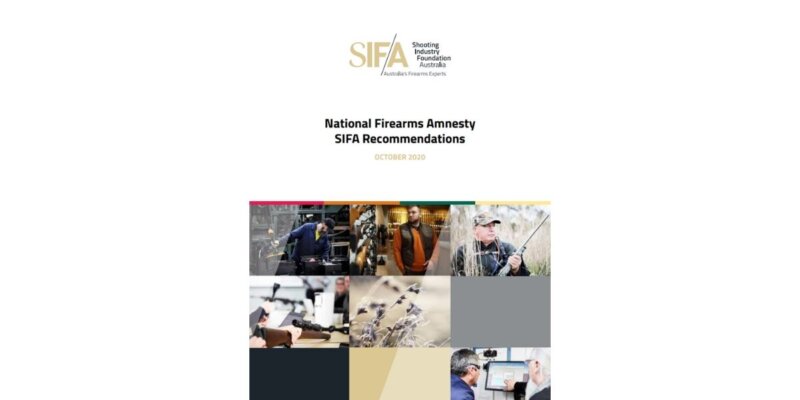 In November 2019, the Ministerial Council for Police and Emergency Management reached agreement with the States and Territories to implement a permanent national firearms amnesty across Australia. SIFA applauds this decision as we strongly support the idea of a permanent national firearms amnesty, as long as the model chosen, and the relevant enabling regulation ensures utmost success and does not disenfranchise the Australian firearms industry.

In seeking to define the best firearms amnesty model to achieve this, many examples of very successful initiatives already exist in Australia’s recent history. The 2017 National Firearms Amnesty was promoted as being a highly successful event However, could it have been even more successful?

SIFA’s analysis has concluded that up to 29,053 illegal and unregistered firearms could remain on the street today as a direct consequence of states watering down the best practice amnesty model.

In examining the results of the 2017 national firearms amnesty by jurisdiction, the impact the different regulatory models had on the success of each individual amnesty becomes obvious. It is evident that amnesties with more regulation around the surrender of firearms, and those that did not utilise the licensed firearms dealer network, produced less successful results. This highlights that had all jurisdictions opted for the 2017 Tasmanian, Queensland or New South Wales models, even more firearms would have been surrendered.

Given that Australia is looking to implement a permanent amnesty, it is important that the jurisdictions look to past models and mimic the most successful of these to ensure that any facilitating regulation is nationally consistent, efficient, and effective. To achieve utmost success, the requirements put in place also need to be structured to attract the full and ongoing support of the general public and the firearms industry. Both common sense and public safety demand this.