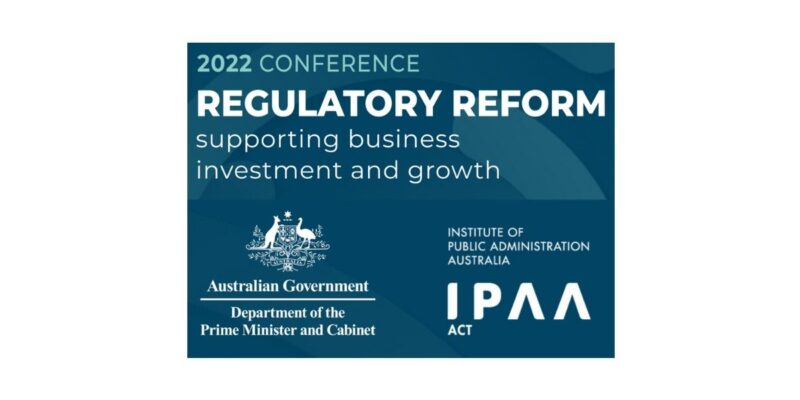 It is not a secret that the Australian shooting industry is being held back by poorly designed and inefficient regulation.

When advocating for the mainstream recognition of the Australian shooting industry and its enormous value to the Australian economy, these regulatory flaws are often discussed at length with politicians and regulators. Unfortunately our concerns usually fall on deaf ears!

To combat this, SIFA has been attempting to gain an understanding of the thought processes behind the powers that regulate our industry. Afterall, to be able to argue effectively for improvements to the many regulations impacting our industry, we first need to understand how Regulators go about the job of regulating.

SIFA has been investing considerable effort in researching the fundamentals of regulatory design, which is why we jumped at the opportunity to attend the recent forum titled Regulatory Reform: Supporting business investment and growth, hosted by the Department of the Prime Minister and Cabinet and Institute of Public Administration Australia ACT.

Among the topics that were discussed were several key focus points for a regulatory improvement agenda that the Australian shooting industry desperately needs?  These include:

Just these 4 points alone are a long overdue necessity for firearms regulation across the entire country, but yet again, the $2.4 Billion Australian shooting industry is being overlooked when it comes to government initiatives for regulatory improvement.

For the last 18 months, SIFA has been actively engaged with the office of the Hon Ben Morton MP (Special Minister of State, Minister for the Public Service and Minister Assisting the Prime Minister and Cabinet).

Our hope is that we can understand and influence the Federal Government’s efforts towards regulatory reform, trade modernisation and red tape reduction. Our focus has been on delivering policy directives that could benefit the Australian shooting industry if they were to be applied as intended by our regulators.

We have also been pushing for regulatory certainty at a state level via formal submissions to a number of consultations regarding proposed changes to state and territory regulations, and through membership of various consultative committees.

Despite the challenges, the more we dig into and examine good regulation and regulatory efficiency, the more we are energised by the depth and breadth of the potential for making a difference for the entire Australian shooing industry.

We hope that whatever the outcome of the elections that are planned for this year, that government departments around the country continue push a “better regulation” agenda, and will also continue to engage with the Australian shooting industry.